Director Joost Biesheuvel picked up a Gold Screen (Video Art) for his short film Cats and Dogs, produced by Vigics, at this year’s YDA. Here, the composer-turned-filmmaker talks about troubled relationships, the joys of collaboration and the magic of metaphors.

Can you tell me how the concept for the film came about?

I was looking for an idea for a short film at the start of the pandemic. Going over some old notes, I came across these poetic phrases I’d written two years before, when I was in an impossible relationship and felt like she was a cat and I was a dog.

They were funny, simplistic, sad, a little dark, and completely written from the dog’s perspective. I wondered if I would be able to rewrite them from both perspectives. I went looking for ways to implement idioms and clichés, and the whole thing became a sort of poetic playground that I developed into a script.

The music is exquisite and sets the tone so brilliantly in the first opening bars. Can you tell us about the score?

I come from music and graduated as a composer a decade ago. Music is such a fundamental part of my work. During the writing I went back and forth from the piano to the script and back. Sitting behind the piano actually helped me find the scenes.

I invited more sounds to the score – quirky lo-fi organs, flutes and trumpets helped set a tone that’s both romantic and unsteady. Like the story itself. To top it all off, I found two old records with sound effects from the 70s at a friend’s house. I sampled them and they make up the majority of the sound design. 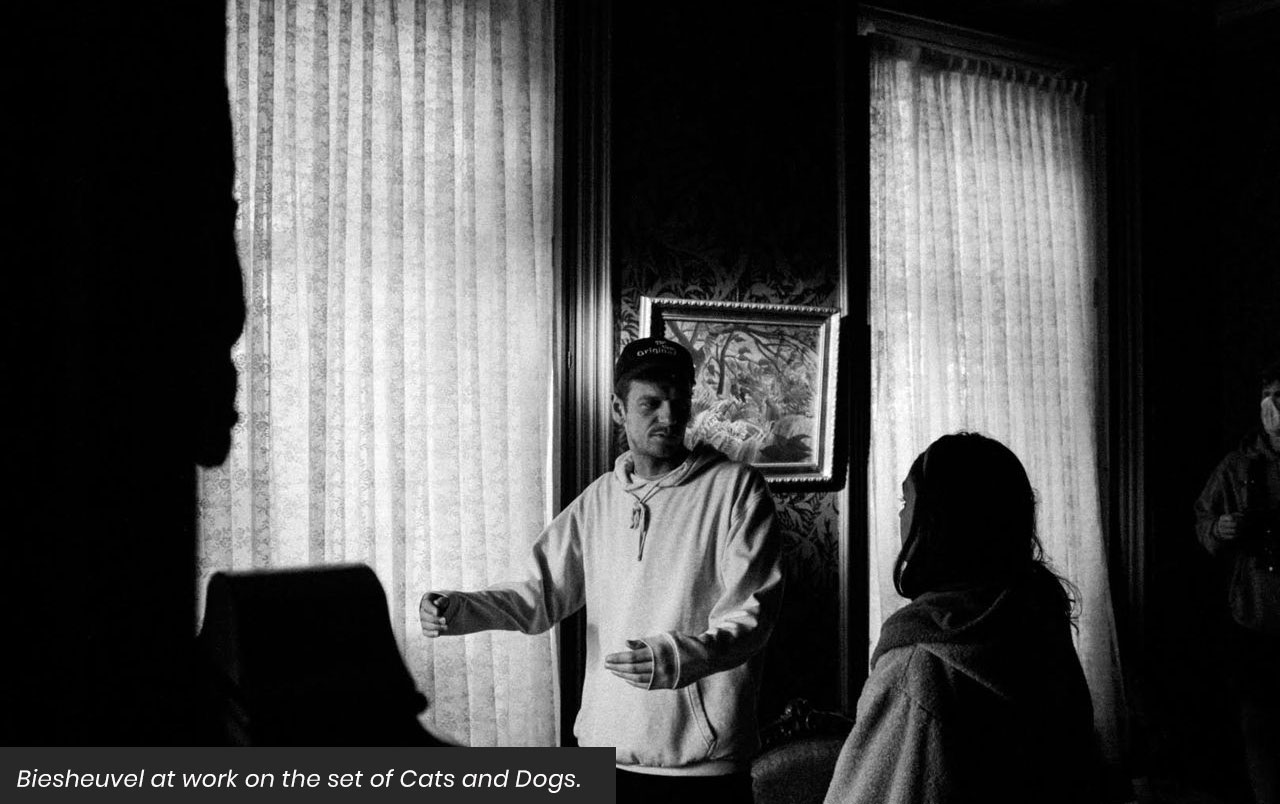 The monument in that opening scene sets the strange fairytale vibe. Where is that?

It is in Groningen, in the north of the Netherlands. Very Wes Anderson, right?

We were scouting the area for the exterior scenes and found this one by chance. I actually hesitated because I could already hear people referring to Wes. In the end I decided to embrace it and use the scene as a visual metaphor for the changes in the relationship.

I’m developing a TV series about divorced men living at an old holiday park hidden in the woods. It’s supposed to be funny and I think it will be.

The two leads are so good, how did you cast them?

Yanna Panagopoulos, the executive producer, did such a great job on this. I had already worked with Armand Rosbak [the male] and have worked with many students from the academy here in Amsterdam. That’s where we found Selin Akkulak [the female].

I wanted them to have the right eyes and expression to represent the cat and the dog. Also, we felt like their looks were quite hard to define in terms of ethnicity, which was very important because the film is not about that.

The film encapsulates so many emotions – joy, lust, sadness and more, what feeling did you want the film to end on?

I wanted it to end in acceptance, melancholy and wonder. Like any relationship that ends prematurely, you wonder what could have happened.

Additionally, I wanted there to be a reversal. To show that they’ve learned from each other. But mostly, I thought it would be interesting to get back to the start and wonder if any of it actually happened, or if it was still to happen. Did they imagine it all? 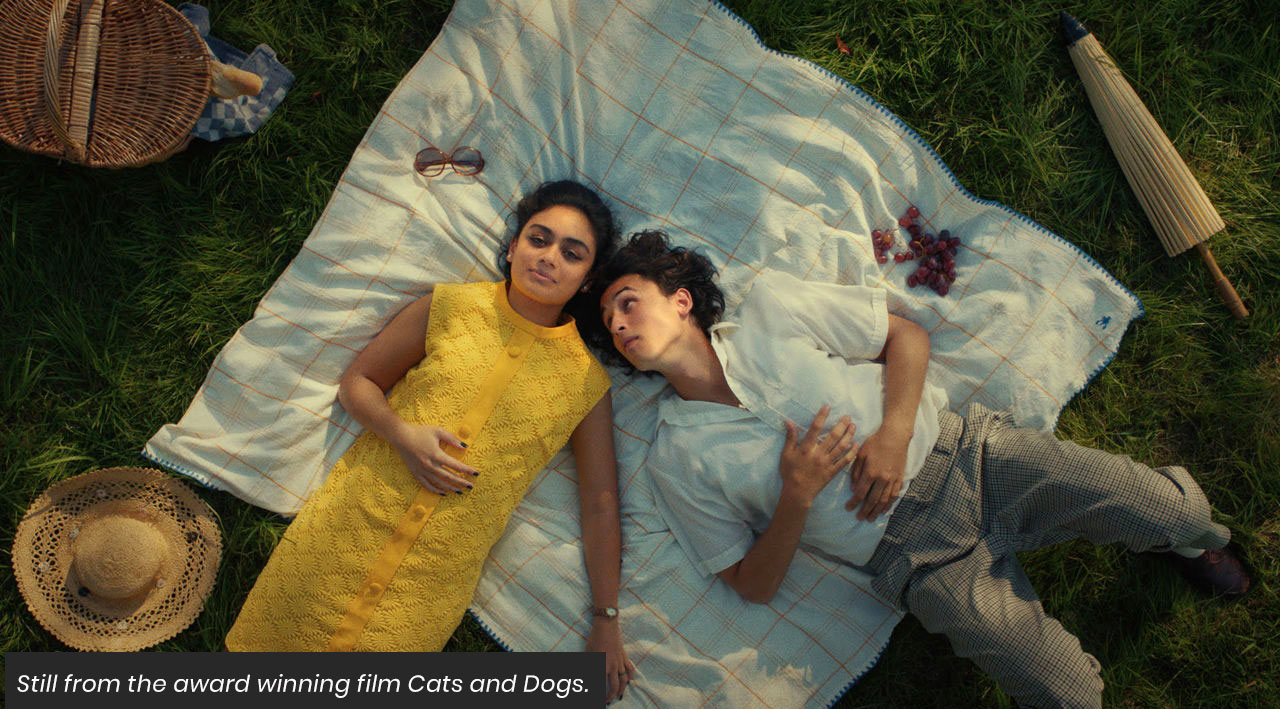 The biggest challenge, unsurprisingly, was the budget. The idea and its form are quite un-traditional and, unfortunately, most funds and festivals are still very traditional. Also, I didn’t go to film school and am basically a musician who decided to become a filmmaker. I ended up investing a lot of money myself. Totally worth it, so don’t worry about me.

The biggest joy was inviting others into the process. We stayed in the house for three nights and slept on set. That really got us in the mood and so many great ideas came out on set.

What does winning a YDA mean to you?

It really means a lot. As I said before, a lot of festivals haven’t been very welcoming to a film like Cats and Dogs. Winning YDA in Cannes is the highlight of my career so far. It felt like I’m finally seen and appreciated for what I do.

What are your goals as a filmmaker?

Explore the intersection of music, film and poetry even further and keep playing around with metaphors. Right now, I’m trying to establish myself doing commercials while writing on a TV series and working on various other scripts. I might do a rock opera one day. I don’t know, I don’t plan far ahead. There are just ideas that stick, and other that don’t.

Currently, I’m developing a TV series about divorced men living at an old holiday park hidden in the woods. It’s supposed to be funny and I think it will be. Also thinking of doing another short, but nothing specific yet. Maybe I need to go through my old notes again…