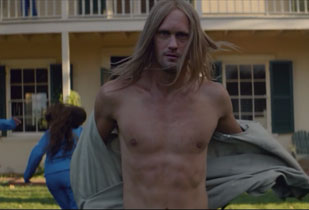 Director Christopher Hill, who is now signed to Exit Films in Australia and Rods Films in France, made a web film about two loveable toads which won him second prize in the web film category. We catch up with the director about making ads, music videos and nightmare shoots in Costa Rica. 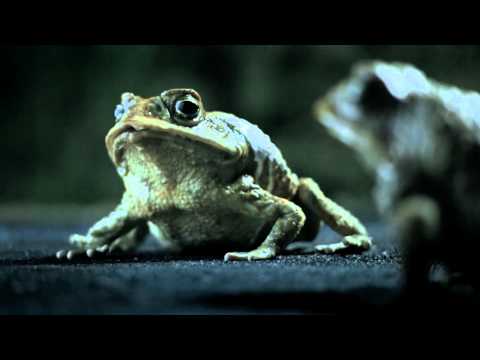 What have been your highlights since winning at the YDA show in Cannes in 2012?

Recently I directed a music video for the band Cut Copy, about a charismatic but ultimately flawed cult leader, played by the actor Alexander Skarsgård. It was a real pleasure working with an actor of his calibre and I learnt a lot from the experience. It gave me a very small taste of what it would be like writing and directing a feature film. I’ve also directed a few commercials that I’m happy with, one for Lynx about two lovers making-out at any chance they can get and one for Emporium which has a time-travel through a mirror concept.

There are numerous technical and theoretical lessons I learn every day about the process of film making but as a director I feel some of the biggest lessons I’ve learnt is the importance of patience and the ability to remain calm at all times.

I often think about this quote from David Fincher, it’s always made complete sense to me and reminds me of what excites me about directing.
‘Directing ain’t about drawing a neat little picture and showing it to the cameraman. I didn’t want to go to film school. I didn’t know what the point was. The fact is, you don’t know what directing is until the sun is setting and you’ve got to get five shots and you’re only going to get two.’

In the middle of a music video shoot in Costa Rica, on top of prosthetic makeup constantly melting and crew getting lost in-between locations, the body building actors I was working with quit after the first day of shooting because they felt they were being misrepresented by the concept. Obviously they hadn’t read the script before saying yes to the project… So I’m in the middle of Costa Rica somewhere with a foreign crew and I have to try to convince the actors, through my producer interpreting for me, to continue shooting the next day. In the end I convinced them that the story was completely fictional and wasn’t representative of their real personalities so we could continue shooting. The project didn’t turn out how I imagined it would but I managed to turn it into something that everyone was happy with. It’s another one of those experiences where I realised exactly what directing means.

My ideal would be directing something long-form where I can play with narrative, so either a short or feature film… otherwise a large scale commercial with an interesting concept would also be nice.

List five of your favorite films from the past year – these can be long or short formats.