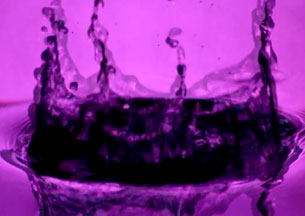 Icy cities unfurl themselves against a backdrop of flickering TVs and purple light. Directing duo LAMAR+NIK’s new music video Reds, for band Houses, is undoubtedly beautiful. However with its deceptive simplicity, ingenuity and miniscule budget, it’s also very smart. We caught up with Nik Harper and Lamar High to find out the secrets of their video (namely how they managed to play with melting ice, fairy lights and old TVs without getting electrocuted) and what the future holds for this exciting new twosome.

Where/when did you guys first meet and why do you think you work so well together?

I myself (Lamar High) am from Dallas. Nik Harper is from Seattle. We both go to college now in Oklahoma City. We met through mutual friends. While attending our first year in school (we are now in our second) I (Lamar) started on a project for a local band named Crocodile.

Nik Harper, Nicholas Owen, and myself created the project (I directed it). The video was completed, but it wasn’t what I had wanted it to be. After it was done Nik Harper and I felt we could produce higher quality pieces if we worked together. LAMAR+NIK was created. We started the process of doing another music video promptly after that.

One of us usually comes up with what we’ve started calling a “base” idea. That idea can come from anywhere. Both of us have notebooks where we keep our ideas/thoughts/whatever so we never run out or forget them. It’s really nice this way because we always have an idea to go to if an opportunity presents itself for a music video/short/commercial/feature.

The ideas we usually go with have a solid concept that we add onto until we feel it is awesome enough to be written into a treatment. We tailor each treatment to whatever artist/band we are shooting for.

We like the piece to be special for the people we created it for (This is where the room came from in the Houses video).

We also definitely benefit from being open with each other! We can say exactly what we feel about each others’ ideas and in the end the best concepts come from this.

Meeting each other before we started collaboration in film and becoming friends made our process a lot easier.

How did the idea for Reds come about?

Our friend (and frequent collaborator) Nicholas Owen had been planning on helping us do titles out of ice for a project we (LAMAR+NIK) were going to do. The idea for titles made of ice never came to be, but the concept never died.

Lamar came to me (Nik) with the idea of an ice city. At this point in time bands/music weren’t even involved. This is typically how we do things like we said earlier. We make the idea up first then store it until it is needed.

Anyways, we built and built on the idea until we felt it was decent enough to pitch. Around this time we had gotten ahold of the new Houses LP “All Night”. Then we went more in depth and looked up who the band was, where they came from, etc.

For those who aren’t familiar with their story: http://housesmusic.tumblr.com/Bio

It was like it was the perfect fit. All we had to do is make the idea make sense for Dexter and Megan. We sent the treatment and, almost immediately, Dexter responded with an energetic yes!
Although Nicholas is attributed in the “Created By” credits, he never actually was there when we began to film all of the video itself (details, room, etc.). We just felt we should give him some credit for being a part of the idea earlier on. He was surprised as everyone else when he saw the finished project!

I see on your Vimeo page you mention how you made the Ice sculptures – hand made molds and soldering irons. What was this process like? Was it quite straight forward or was there lots of trial and error?

Well, we had our storyboard and knew what we wanted (down to the seconds), but it’s not like you can just google “How-to ice city” and get tons of results.

Everything that was done in video is us. So yeah there were several hurdles we had to get over along the way. We had to invent all kinds of tools and rig up different things to get the outcome that we ended up with. (heat gun rack, dimmable light-board, tack board, etc.) We did the best we could with what we had and feel humbled that so many people enjoyed the video. From the beginning, we decided to document the process.

We think they do a pretty decent job of showing how the video was made, from start to finish.

The video is impressively beautiful given the tiny budget – how did you get it looking so gorgeous/well lit?

Thanks! As far as lighting goes, everything until the building lights turn on is lit solely by the TV’s.

We almost deviated from that, but one of us said that doing that would ruin the video and so we didn’t. Let’s just say that we had to move those TV’s way too much to get the right lighting (extremely close at times).

There were two of them specifically that required both of us to lift. The purple TV at the beginning of the video being the main culprit.

Putting the set together

Fairy lights, TVs and melting ice… how did you deal with the safety angle?

We didn’t! Haha, if anyone had walked into that garage while we were in there, they would have gotten injured. We were definitely on the verge of blowing fuses up at all times. We have pictures of all of the plugs for the TV’s into one power strip, it’s intense. We’re honestly surprised the TV’s turned on. It wasn’t looking so beautiful back there! At one point the big vat of water was leaking and we had to drain it completely and lay down new plastic. Otherwise, we could have gotten electrocuted.

The water ended up collecting a lot of nice things in it, rust, clay, mold, milk (don’t worry about it), bugs, wood chips, and needless to say it started to smell a bit. Freezer burn, heat gun and soldering iron burns, broken camera and lens, loose screws on the ground, fire crackers.

However, we did take one time-consuming precaution. With the X-mas lights we installed for the buildings we wrapped each one of those individually in plastic to make sure they wouldn’t short out.

Behind the scenes at the shoot

What inspires you, as filmmakers?

We would get all “filmy” on you and specifically name certain other directors’ work, but that won’t really explain what makes us inspired to create.

When you see a new idea that makes you ask, “how did they do that?”, that makes us want to keep making promos/shorts/etc. The fact that you can make someone feel something from a creation you’ve made is inspiring in itself. We also appreciate narratives because we try to incorporate stories into our videos (we have thing for Hitchcock movies). Our friend Nicholas Owen’s artwork too. He’s awesome.

Where do you see yourselves in 5 years time?

Hopefully, some people will start throwing money at us, haha. No matter what happens though, we’ll always make films. I don’t think it’s possible for us to stop. We’ve only made one video together and we still have so many others we’d like to see come to life!

We don’t really aspire to be famous or extremely wealthy (although it would be nice), we just want to live comfortably doing what we love.

To find out more about Reds, check out the behind-the-scenes photos on Flickr and the making-of videos on Youtube. 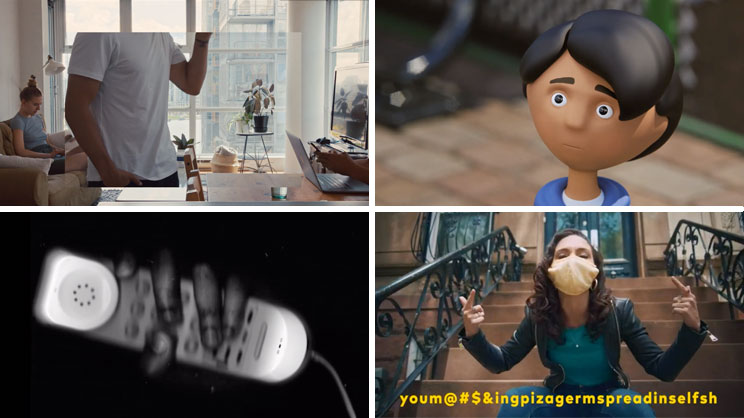 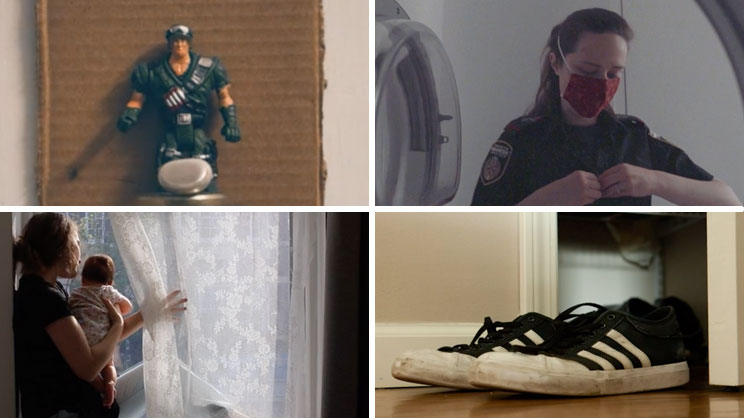