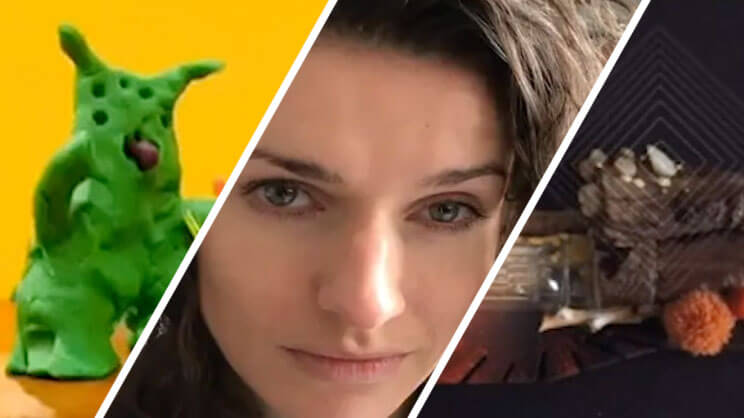 We’ve had loads of submissions for Creation in Isolation, our creativity in lockdown initiative, and the YDA team have picked our first few favourites!

Gabriel (10) and Victor (4) are brothers.
During Isolation they created a serious of stop motion videos to occupy their time at home.
The edit was made by their Father, Ricardo Mehedff.
Gabriel had the idea of having The Force and The Dark Side join efforts to fight Covid19 and kill it, so they could go back to school!

Karolina Łachmacka is a Polish film director and writer who was mentored by two BAFTA winners.

Henk Loorbah is based in Amsterdam. Originally schooled in the fine arts of painting and sculpting. He’s been making films of all kinds, ranging from live visuals for bands, to stop motion music videos to classic commercials. All with a very strong visual idea behind it in the first place. He loves combining techniques. He also loves dark rum.

Well done to everyone who has sent in a film.
Stay tuned for more favourites on Tuesday and in the coming weeks!