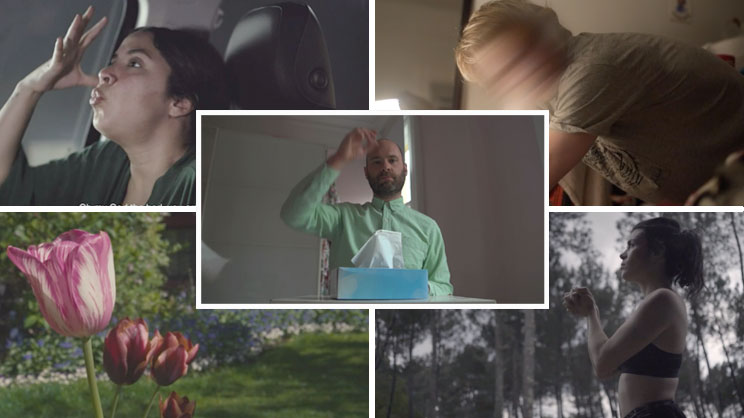 Jesus Yanez, better known as Bola, is a Director/Writer based out of Austin, TX. He has been working in advertising for a few years and recently started working on films.

Haley Elizabeth Anderson is a filmmaker, writer, and visual artist from Houston, Texas. She recently graduated from New York University’s Graduate Film Program as a Dean’s Fellow. With roots across the Gulf Coast and a background in playwriting and poetry, her work often explores coming-of-age experiences, race, and the ever growing class divide. Before moving to New York, Haley worked in casting where she helped street cast several feature length projects. Her experiences street casting a Terrance Malick project in Austin, Texas led her to further develop her love for collaborating with nonprofessional actors, a process that drives her aesthetic: a hybrid of narrative film and experimental documentary.

This film is part of a series called ‘The ABCs of Lockdown’ whereby Pulse Films asked their directors to create a film inspired by lockdown. Haley chose the letter ‘G’ and produced the film entirely by herself within the confines of her locked down world.

Darcy Hennesey Turenne is one of the most awarded and prolific female action-sports filmmakers in the industry today. A former professional mountain biker, Darcy is a staple in the outdoor, environmental, and action sports communities but her work extends far beyond the sports world, ranging from quirky shorts, to feature-length docs. Her latest film “Elle Aime” was a Vimeo “Staff Pick” and chosen as a Vimeo “Best of the Year”. Despite her action-sports background and extensive adventures in faraway places, Darcy still regards giving birth to her son as the craziest thing she’s done to date.