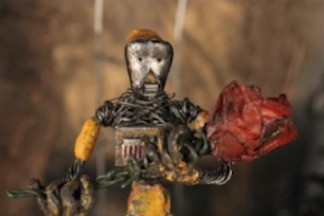 Daniel Ferreira won First Prize in the YDA Animation Europe category with his intricately crafted film Los Rosales. We talk with the Brazilian new director about fighting fear, studying at Fabrica and the patience required to make stop-motion 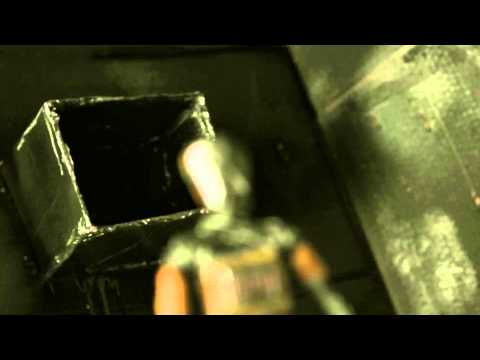 Please tell us how the film came about. Did you write as well as create it?

The film taught me many lessons through making mistakes and overcoming limitations.

The most important thing to me was to be able to share a message – fight the fear of the unknown – leaving a comfort zone and taking control of one’s own steps in life.

If that message could be spread and was able to touch hearts, for me that was incredible.

The film was a result of the same feelings of being stuck, afraid of what’s next.

In that context, I combined my early passions of small handcrafted objects with a way of bringing my illustrations to life.

Stop motion was just the right format – but I had never done anything quite like it before, neither did I have the proper tools for it.

I explored the internet, and learnt everything I could from constructing puppet armatures to animation and lighting techniques in a process of trying, making mistakes and trying again.

I wrote the story, did a storyboard, and spent some time constructing all the sets and puppet, then animated all the moving things, step by step, as we see on the screen. 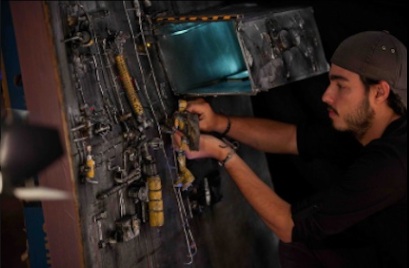 What were the main challenges of making the film? Did you train in stop-motion?

Animating was quite a challenge – requiring a lot of patience, especially when I wanted a scene to just finish so I could go home (20 km away from the studio, sometimes in the rain and snowy weather).

Other times, animating was very pleasant and everything worked smoothly – when my brain entered the void and understood the intricate multiple object animation technique and the timings of everything.

When finishing a scene, I could see everything moving by itself, and the magic was there, happening, providing me with more creative juice to keep going on, to start the next scene. I started realizing that the more I animated the robot with smooth human movements, paradoxically, the more of a robot I became myself, with automatic movements moving step by step, checking the camera, shooting one frame, moving again, in a 400 frame scene. It was quite an experience to be inside this process. 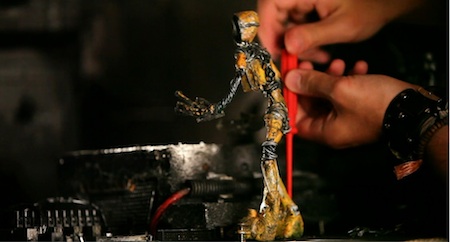 Please tell us about the sets – they’re very detailed and of course look massive.

The sets were made with cardboard parts, old computer parts, twisted wire, paint, and pretty much with things you can find at a local art shop.

Luca Carrara was a great guy who helped me construct two sets. We became great friends and explored the power of inventiveness together… doing more with less, and we had great fun constructing things. 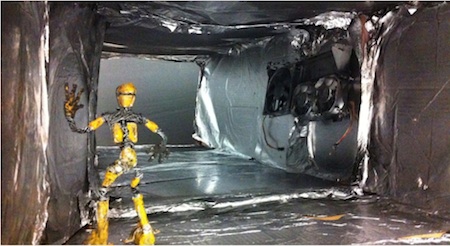 The film isn’t as important to me as the process of making it. At the end, I was completely changed by it.

As Norman McLaren would say – what happens between each frame is more important than on each captured frame. The magic happens there – in the middle, thinking the process, observing life around, testing, etc.

So winning a prize showed me that the message could touch hearts, as well gaining some attention for the art / technique form. As exploring things for the first time, receiving an award such as YDA might show you’re on the right way.

That was beautiful and I still feel very honored by it.

I’m developing some commercials with a local production house, but I’m open to all proposals.

I would love to be represented in France. The place, the locations, the people, the creative industry, many reasons to go abroad. 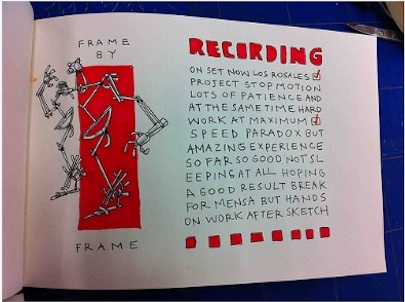 A quick potted history on how you came to direct please…

Since kid I used to be a storyteller, playing with toys, composing a story for the characters.

When I was 14 I bought my first mini Dv camera and did short sci-fi movies with school friends, and everytime things used to explode a lot.

In college I studied advertising and most of the time I was at the video lab, exploring animation, stopmotion and pixilation.

I got to work at the college TV station doing idents, promos, and intros for the local tv ads and started a collective studio with 3 more friends, doing video promos for events and short films.

I got a job at a very good film studio in my city and explored all the steps of film production, developing some skills. 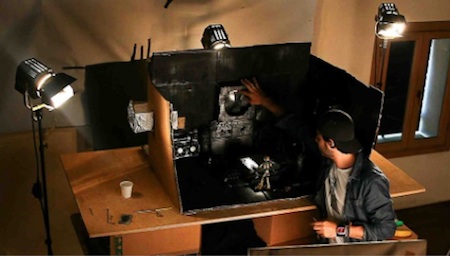 What is the wisest quote you’ve heard about film making?

There are many but I came across this one the other day by Peter Jackson and it felt right to me: Filmmaking for me is always aiming for the imaginary movie and never achieving it.

With this film I learnt that nothing is going to be 100% as you imagined, so learning to adapt is very important.

Your worst nightmare production story was when….   I entered on frame, in front of the camera, ruining a 4 min one-shot music video, on the rain that was really difficult to reproduce, with many elements going on.  Also.. when the leg of the robot broke, in the middle of a 400 frame scene, with this film. 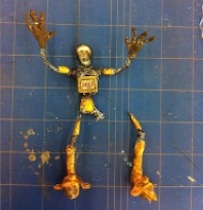 Making a sci-fi feature film that would make a lot of people re-think their lives. Or in the short-term, direct a commercial in a great landscape such as Tibet or Alaska..

I guess I already spoke a lot, lol. But I’m working on a next film, with dinosaurs and wolf-astronauts on the call to awake. Moebius is a strong art reference.