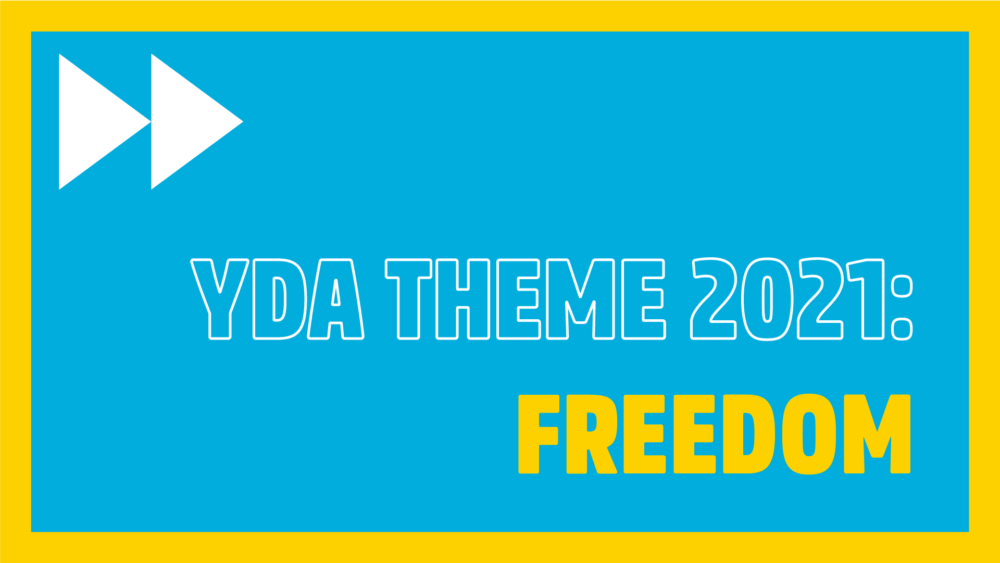 The Young Director Award made humour its theme for the 2020 event, something we all needed a welcome dose of during that year.

In 2021 the theme will be something which has affected most people on the planet over the last 12 months; freedom. After a year in which our social freedoms were curtailed, the YDA 2021 will look at the ways in which filmmaking is able to liberate us.

The YDA Week, the dates for which will be announced soon, will feature insight, information and inspiration around a topic which has been at the heart of the last year. From the flexibility of new technology and the open platform of the internet, to stories of confinement and captivity brought out into the light, the YDA 2021 will be an unshackled celebration of the power of filmmaking.

Our physical freedoms might have been curtailed but our ability to generate ideas and follow those ideas up hasn’t.
François Chilot, YDA President

“The situation we have found ourselves in this last 10 months, the lack of freedom we have experienced, doesn’t prevent young filmmakers from producing creative projects and exercising their creative choices,” said Francois Chilot, President of the YDA. “Our physical freedoms might have been curtailed but our ability to generate ideas and follow those ideas up hasn’t. People should – indeed, they need to – feel free to express themselves and we want to showcase and discuss the freedom which filmmakers have to do that. Ahead of last year’s YDA we had our Creation in Isolation contest which highlighted how, despite the relative lack of physical freedom, directors were still able to create interesting, imaginative, powerful and craft-focussed films.”

“The theme of freedom is inspired by the times we live in, the thing we all crave most nowadays and, on top of that, this has been a year of people fighting for freedom and, strangely enough, people also fighting against freedom and democracy,” said Gijs Determeijer, Executive Producer and Partner at HALAL and this year’s YDA Jury Chairman. “So, a lot of reasons for us to pick this theme for YDA 2021. But freedom can also be applied to many other things we encounter. Technological advances make it possible for aspiring and established directors alike to make films of great quality all by themselves. Instagram DM’s make it possible to reach out to directors, producer, creatives all over the world, and free the traditional system of needing global representation, connections and boots on the ground to make things work.

The theme of freedom is inspired by the times we live in, the thing we all crave most nowadays.
Gijs Determeijer, YDA Jury Chairman 2021

“Our new category, Super-Short, is also something that excites me within this theme, whether it is ingenious TikTok-ers, Instagram heroes or people who just like to tell a great story under 60 seconds. And, last but not least, we decided to give any filmmaker – young or old – the chance to make the YDA’s new anthem film and become part of the great legacy of Born to Create Drama films. So, we’re really hoping to see some great films in this side contest.”