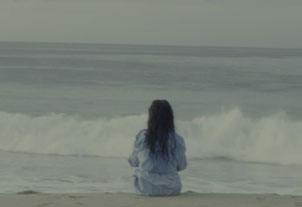 In 2013  Tino De La Huerta won 2nd prize in non-European web film with his breath-holding film for Amnesty. We catch up with the Mexican new director to view his work since picking up the accolade.

What have been your highlights since winning at the YDA show in Cannes in 2013?

I am glad because it’s been a very busy year, I have been filming several ad commercials and musical videos around the world; for several important brands such as Nestlè, Cocacola and P&G, among others.

What is the best is that production houses want to represent me in USA, Europe and South America. And that is because of the YDA has set me on the international map.

During 2014 I received the best video of the year of the Independent Music Award in Mexico for the video “Por Eso” of the Mexican band Centavrvs. And nowadays I am preparing my first feature film, that will be shot on the north part of Mexico.

The best lesson for me has been to keep reaching and making contacts that help me grow in my career such as other directors, screen writers, producers, etc.

“Write it, direct it, produce it, and do it”

I have so many, but I always try to transform it into a lesson, and not take it personally.

Once I finished my film I would like to film an interesting and challeging tv series.

List five of your favorite films from the past year, long or short formats.

And the Italian series GOMORRA, Just love it!