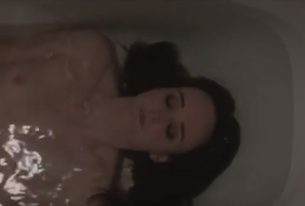 Diego and Guto, a Brazilian directing duo known as Salsa, are based in both Brussels and Rio. We talk with them about winning First Prize in the Charity Europe category with their film Heaven. 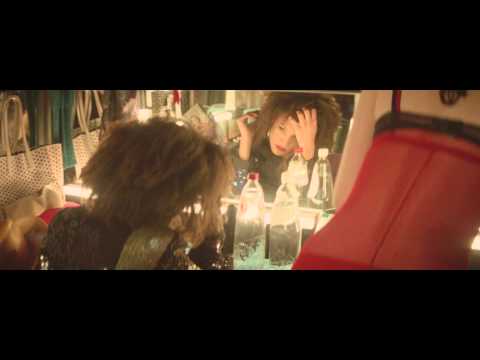 What were the main challenges of making your film, Heaven?

Diego: It’s quiet ironic how the birth of this film mimicked its own concept of hell-heaven. The whole journey was an overlapping race of those two states of mind. We kept on going through this emotional roller coaster until the very last minute at the YDA Ceremony in Cannes. Even a bird hit the engine of my plane on my flight to Nice and the pilot took the plane back to Brussels and after being stuck inside the plane for 45 min without knowing what’s going on finally my flight got cancelled. I arrived in Cannes 20min before the YDA ceremony started. Luckily our hotel was just 5 minutes walking distance.

Guto: We had a very precise vision of how we wanted to approach this project. Our main challenge was combining this high aspiration within the very restricted budget. In order to do that we had to bring multitasking to its limit, we produced, directed, art directed, did location scouting, cooked… and the list goes on. Always with our vision making sure we get what we want. At the end we did. The fact we were making it for a very noble cause helped us getting a lot of help of friends and volunteers.

It’s a unique feeling of recognition of a work with so much love, care and sweat involved. Not only from us, but from all the cast and crew. Everyone embraced our vision and went all the way. We had a fantastic time, despite the few bumps on the way and so far we are having a fantastic week. We talked to so many people around the world. We still have a list of people we want to talk to, winning the YDA opened so many doors.

The very first door was signing with Czar for the Belgian Market, they will announce us soon, so you’re getting this on first-hand. We are proud to be part of this production company we always had a lot of admiration for and always wanted to work with. We appreciate the authorship quality of their work and we’re looking forward to kick off this collaboration asap. But we’re also aiming at other more competitive markets such as France, UK, USA and of course we still want to get a representation in our beloved country, Brazil. We’re talking to some great people in there and hopefully we’ll have some good news soon. The world is so integrated now, that the concept of borders is just a very blurred line. We want good works regardless the position on the map. We believe good ideas don’t come with zip code and the Heaven is a perfect example of it. The conception was in Brazil, the pre-production was all made between Rio and Brussels, where we are both based, the shoot and post took place in Brussels, the creatives were in LA and the sound design happened in Miami.

G: We are both Brazilians and our friendship dates back to Advertising School in Rio. We studied together and from there our lives took different paths. I dived into the Advertising World and worked for 10 years as a copywriter on global agencies around Europe, São Paulo and Rio. And Diego went to Brussels where he developed as a visual artist working with different platforms such as painting, photography, films and fashion.

D: We always talked about a collaboration together, but Salsa really took shape last year when Guto decided to quit the agency life and approached me with a project. Combine his creative drive from all of his years on agencies with a strong visual approach of my artistic background. Talents combined to a common goal, making powerful films with strong storytelling and stunning imagery. We want to combine European aesthetics with the South American visceral fervor. It’s quite a challenge, we know it… but we are up for the task.

G: Plus, we have the advantage of being in two parts of the world at the same time, Diego in Brussels and me in Rio de Janeiro and this helps us cover more ground.

D: Indeed. This “long distance relationship” allows us not only to be simultaneous inside the European and the South American market, but also helps our exchange of references being more solid, since we both experience the daily routine on these two sides of the globe.

D: I watched an interview of Paul Thomas Anderson long time ago and this bit got stuck in my mind “Just don’t give a fuck”. He says there’s just should be no fear and he wishes he could just get rid of that fear earlier on his career. This is something I always get back to when my mind is trying to trick me.

G: It’s ok to not know everything. As a director you don’t have to know the full manual on how to transfer your vision from your head to the screen. Your job is explaining your vision and hiring talented people who can do that. Your job is articulating to them, saying what you want and guiding them through the process. Filmmaking is ultimately about teamwork.

D: “There’s no they”, Quentin Tarantino

G: “Don’t differentiate between ‘This is a job’ and ‘This is what I’m doing for fun’. It’s all simultaneous.” Spike Jonze.

We have a good one from the Heaven shoot. We were struggling to find a good location for the night club scene and with the budget we had, we simply couldn’t afford not shooting on a real location. We ended up finding this place still on construction, which was literally a restaurant with a brothel underneath. If you pass in front of it, you’d never tell. It actually looks quiet nice as a restaurant.

The pimp of the house had promised us four prostitutes to spice things up. We arrived on set, there were no prostitutes, only a girl he brought that wasn’t prostitute at all, and had no intentions to be one on screen. While we were shooting the portraits of the main actress alone, the pimp was on the phone contacting some girls. A few hours and a few scenes later he gets us some. Once we explained what the film was about, one of them literally run off the set and the others didn’t accept well our very sugar-coated version of the script, even with the pimp giving them a final push, “but you do way more for less money on a daily basis, this is for a good cause”.

We kept our planning and decide to improvise with the main actress and the extras, aka friends, we had there. In the meanwhile our friends went out to try to persuade street prostitutes to be on screen. We finally got one. But… LOL… they arrived on set with a girl, possibly a dwarf or definitely on the verge of a very small person or a quiet tall dwarf, she didn’t stop looking at the camera during the whole scene and at the end we couldn’t use any footage of her. All of this without a producer or AD on set and with an exterior scene scheduled and the sun was going down fast. It was nerve wracking, but fun.

Real stress we experienced the night before when the Steady Cam operator called us at 11pm saying he couldn’t make the next day because he had diarrhea and had already lost 4kg. We really wanted the whole film on shoulder and the end on Steady Cam, it was one of our first decisions and on the day after, we were supposed to be on set at 7:30, plus during the shoot without a producer or a AD we wouldn’t have time to find another operator. But luckily by midnight we found someone through a Facebook message on a Friday night. That wasn’t funny back then. As we mentioned before it was a hell-heaven roller-coster ride.

D: I don’t think in terms of a dream directing job, I see in terms of a dream career situation. I’d love to be able to move smoothly through different projects, shooting a music video with Pharrell Williams and then a commercial with Nike, passing though a small project for an upcoming fashion designer and then back to a big commercial. In short – freedom and creative collaborations.

G: That’s a trick question… I don’t know… maybe to wake up with a call from Thom Yorke (Radiohead) saying something like: “Man, I just wrote the best song of my life, can you come up with ideas for the music video?”

Five is unfair, we get excited by so many things. We’ll try to keep it short.