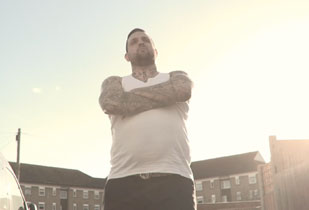 We absolutely cracked up when we viewed The Turner Brothers’ entry – a spot for Paperchase – which picked up second prize in the Web Film European category. So what has the UK directing duo been up to since?

What have been your highlights since winning at the YDA show in Cannes?

Being represented by international agency Hoben who represent UK directors abroad and the launching of our comedy channel.

There’s no such thing as luck and leave nothing to chance.

‘My three Ps: passion, patience, perseverance’. You need all of these if you want to make it as a filmmaker – Robert Wise

Without naming names, we were on a music video shoot a few years back and the lead singer kept disappearing to the mens room every 5 minutes. It became quite evident his reasons for this. Colombian marching powder. Needless to say it was a difficult shoot when your subject is disappearing in between takes, breaking momentum and has a complex about what angles he can be shot from, due to his collapsing nose!

What would be your dream directing  job?

A Guinness Advert would be nice!

List five of your favourite films from the past year – these can be long or short formats.