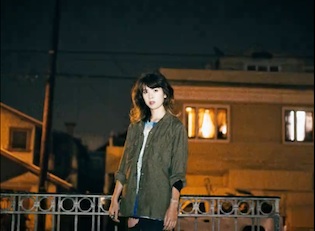 You may recall Nelson de Castro’s debut music video which won the  Saatchis / OK Go award last year in Cannes (see below), a feat of experimental fun made on a miniscule budget. Now the new director has created another technically fabulous film for the band Digitalism, called Wolves.

Can you please talk us through how you created the video. Was it an effect you had been experimenting with?

This idea has been floating around in my head since 2010. Back then it was an experiment at a college party that led to some interesting kinetic portraits.  At the time I only owned a stills camera, so I tended to think in terms of stop-frame rather than video.

Four years later, Wolves involved the same technique, which we were able to really practice and refine for the final video.  It was all very simple and practical; the key to the effect was time and precision.  We used a macro lens to get the eye closeups, and pulled away in calculated increments, shooting one frame at a time. It took anywhere from 15 to 40 minutes to get a single shot, and since most shots equaled 2 seconds of footage, we had to work fast.

We tested using a tripod, monopod and handheld, and ultimately went with handheld because it was the fastest and most flexible.  To avoid the rough, shaky look of handheld stop-frame we used levels to keep the angle steady, laser lines to keep Dan Chen(our DP) moving backward in a straight line, and a measure wheel to help ease the increments between each still image. In the end we were basically animating the camera, while our subjects held their poses.

And how did you composite the footage? Did you work closely with a compositer?

Our post work was very straightforward, and basically involved some minimal frame alignment to keep the subjects eye at the exact center at all times.  Again – simple but time-consuming.  This was our visual anchor, and when it’s spot-on, the footage feels incredibly smooth.

The lighting is consistent and sublime and considerably adds to the effect. Did you set up the lighting on the shoot or did you use what was available at the locations?

We went with what was available, and scouted with that in mind.  With so many setups, and such a slow shooting process, we had to keep our lighting as simple as possible.  The consistent look came from a $40 LED panel mounted to the camera.

One of my favorite discoveries of our test shoots was the effect the LED created when paired with the camera’s auto exposure.  As we pull away from the subject, the setting gradually fades in from black as the exposure levels out, causing a slightly delayed reveal.  I thought it was a beautiful practical effect that ended up subtly shaping our final look. 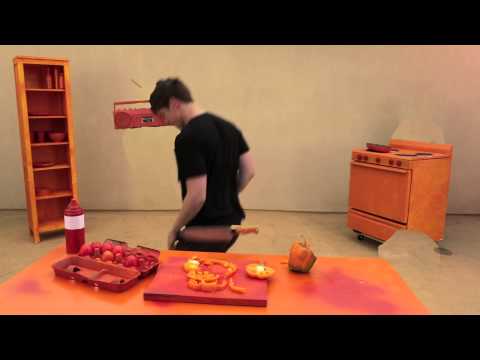 What was behind your decision to use the locations – was it narrative driven or was it because of technical considerations?

The narrative was definitely loose, but I wanted each character’s environment to have its own feel.  I thought in terms of spaces that would work for our technique – so lots of foreground depth, layers and practical lighting.  The flexibility of our shooting style allowed us to try some interesting shots, like on a moving bus and train, or passing through a window or lamp post.  I like those details that happen so quickly you might miss them.

What were the main challenges of creating the film?

One challenge was finding the right balance between meticulous camera work and actually being able to get enough footage to make the edit. It came down to the wire, and pretty much everything we shot is in the video.

Another challenge I didn’t expect involved shooting all over Los Angeles at night.  Our crew was very small, and our atypical shooting style sometimes drew some negative attention.  We actually had to abandon two shots when some suspicious people started to get confrontational.  We ended up having to rethink some of our locations but found some great backup spots, including one of my favorites – Nichole’s overpass.

The budget for your last video, which won the Saatchi OK Go music video competition, was $800. Was there any improvement on that for this production?

Hah yeah we had a bit more this time.  Our budget really bought us the time we needed to do this right, and we could actually pay the cast and crew that worked so hard.  Fun fact – Our lead actor Michael Coursey was my AD on the OK Go project, and our DP Dan Chen was one of the invisible actors. (See earlier interview about OK Go project here).

Do you have a hard drive full of more film ideas – waiting for the right video or opportunity to come along?

Yes definitely. Also I tend to do a lot of testing when I get a new idea, which is a nice way to convey what I’m thinking when I write treatments. Sort of a private reel that I hope to share more of soon.