Salomon Ligthelm on Why Talent is being Trumped by Personality 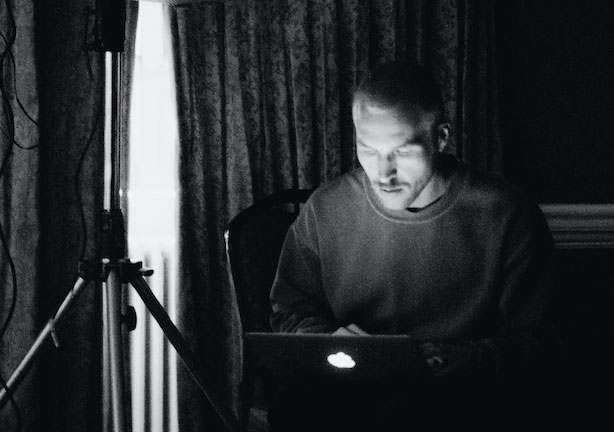 Salomon Ligthelm, a director at Stink Films and 2017 Young Director Award winner, talks about his trio of wins last year and why passion projects are the key to success.

Salomon Ligthelm is a New York-based South African filmmaker who garnered huge acclaim at last year’s Young Director Awards for a trio of films that picked up prizes in three different categories.

His emotional video for Daughter’s Medicine picked up a gold in Music Video, North America while Young Fathers’ Mr Martyr and Never Idle for Valvoline each garnered a silver Screen Award in the Short Film, North America  and Broadcast, North America categories respectively.

Here, Ligthelm [pictured above] discusses his winning work, the challenges he faced in making them and why embracing your passion projects are the key to success.

You picked up three prizes at the YDA in 2017; what do you remember most about that year’s ceremony and your success at it?

It’s always amazing going to the YDA because you get to see some of the best work that our peers are doing at that moment. The YDA creates a great platform for young directors to not only showcase their own work, but also see the work of others and meet fellow filmmakers.

[Passion projects are] where you can express yourself most freely. I certainly tend to get hired more because of my personal work than commercial work.

Of the three entries, was there one you thought might have more chance of triumphing, or were you hopeful that they all might come out of the YDA with some form of recognition?

The video I did for Daughter, Medicine, had perhaps the most emotional impact, although I thought Mr Martyr for Young Fathers would have been the more obvious choice.

I think it’s always surprising what ends up resonating. I’ve had great feedback on Mr Martyr, and equally to Medicine, however I think there is a slight aversion to emotional content at the moment. Everything is just too cool. For the people that were able to sit patiently and watch Medicine, gauging from the feedback, I think it landed pretty hard.

Can you tell us a bit about Medicine [which picked up a gold award]; from where did that idea originate and how did you find the two actors who star in the film?

The two actors were actually extras that my DP friend, Khalid Mohtaseb, found whilst shooting a commercial in Lone Pine California. He was so struck by their love for each other, and [the husband] Terry’s willingness to lay down his passions and work to take care of his wife, Becky, that he kept their contact details and arranged a time to come back to visit them and gather further details on their story. I then worked with Khalid to flesh out the story-beats and create a simple little narrative.

The YDA creates a great platform for young directors to not only showcase their own work, but also see the work of others and meet fellow filmmakers.

Which of the three awarded pieces was the most challenging to create and why?

I think the most challenging one to create was Mr Martyr, only because I had no connection to young gang members in Paris. Creating the world of the film took a couple of scouting trips, which I can get quite particular about.

I like to scout a lot – as in ‘all over’ – and see everything. Paris is great to film in, but because of the recent attacks on the city, the alert levels have also been on critical, so it means we had to be very careful what we were shooting and where we were shooting it. We had an initiation scene, which involves a kid getting shot wearing a bulletproof vest; I wanted to shoot this on the streets, but because of the security threat, we had to shoot in an enclosed area.  It actually worked out fine and ended up looking quite nice in the end.

I don’t know. I honestly tend not to think to much about awards and I mean that with all due respect. I think it was such an honour to get the award, but I think the work is always the thing that creates the space for the next project. The award is such a great platform to showcase work, to share it with peers and industry people.

I always wanted to make work that moved people. I did that in music for a while and then started getting into filmmaking. I felt like both media had the power to transport people to places and move them emotionally.

Honestly, I don’t even really think it’s about talent anymore (sadly). It’s about personality. The internet has created a monster, in my opinion.

Your work often tells very emotive stories; is that something you’ve always gravitated towards and, if so, why?

Yes, I think so. I like the idea of being emotionally invested in people’s stories. I’m not a very analytical or calculating person. I’m very impulsive, reactive and emotional. I wear my heart on my sleeve and I often don’t make sense. I just have to get things out of my system, even if it’s a jumble. And music and filmmaking often help me organize my thoughts and ideas into somewhat of an emotional spine, be it a narrative, a documentary or a piece of music.

I definitely think it’s become a lot easier for new talent to break through. Honestly, I don’t even really think it’s about talent anymore (sadly). It’s about personality. The internet has created a monster, in my opinion. Influencers are now the hottest thing. Most influencers don’t really have much talent – at least in the creative industries. But they keep getting hired because they look hot etc. That’s a very cynical perspective, I know, but I see it in every treatment from an agency or client.

I think it’s very important for the artist to have their worked showcase amongst peers, and to then be able to share thoughts/ideas/perspectives with those peers. It’s a great place to meet new, potential collaborators or creative partners.

I also believe these competitions help unearth new talent that might not otherwise have had a platform. Things can get lost online and to have a panel of judges carefully curate and present new talent in a streamlined, beautifully presented format allows young talent the opportunity to have industry eyes on their work.

I think the single most important advice is that, if you want to start a career in advertising, then start working on your passion projects/music videos or narrative/documentary films. It’s where you can express yourself most freely. I certainly tend to get hired more because of my personal work than commercial work.

Writing a feature, and then in the early stages of developing the next one. I’m also editing three music videos and one commercial. It’s a little manic at the moment.