2018 President Ali Brown on the Need to Nurture New Talent 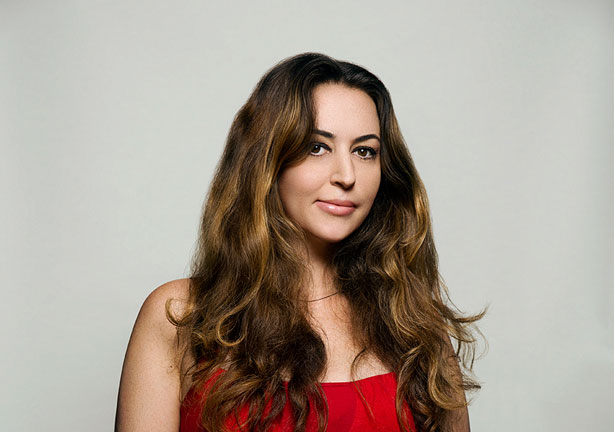 Why did you accept the invitation to become YDA jury president for 2018?

I jumped at the chance because it is the part of this business I’m most passionate about; young directors. Our entire company was built upon finding undiscovered talent and growing along with them. When we started we were this small company of three directors without a known brand or name. So, we had to build our own talent. We had to find them in unexpected places. And I credit all this incredible young talent that we found not just for the growth of our company but for my own growth as an EP.
We have three directors on our roster now that walked into our doors as PAs and that is something we are very proud of and never want to lose sight of. There are so many incredible conversation happening at the moment around amplifying the voices of women and minorities in our business, and many of these voices belong to young directors looking for their first opportunity. The fact that there is an award show dedicated to bringing the best voices from around the world to the forefront – both for production companies to sign and agencies and clients to hire – is critical for the positive evolution of our industry and something I want to support, encourage, and help lead the charge of.

“I’m not suggesting that the agencies that have in-house teams can’t [nurture talent], but they mustn’t undervalue that role and its importance to our industry at large.”

How important is it to make sure new directing talent is recognised and nurtured?

I believe, in every way, it is critical. Our business is one that relies on being on-trend and of-the-moment. If we don’t constantly infuse our industry with fresh new voices, we will stop being relevant – as individuals, companies, and as an industry. But I feel the second word you use is the key – it is important not just to recognise them but to nurture them.
So often there is this land grab for some young director who won an award or has one cool thing, and they are tossed onto a roster without any sort of strategy or guidance. It’s looked at as a numbers game, where the company sees the potential of one more job and the director feels simply being on a website is a win.
But to truly develop the next generation of great voices, production companies are responsible for actually nurturing the talent, guiding them on what jobs to take, who to work with, how to be great on calls or on set. There has to be a well-thought through strategy for every new director that a company signs, or the ‘signing’ is actually a disservice. It takes a tremendous amount of time and resources to truly build a director, and it’s a commitment that shouldn’t be underestimated.

PRETTYBIRD is well-versed in branded entertainment and longer-form content; how important do you think it is that talent coming through has a good understanding of this type of content?

I don’t think the talent has to be well-versed in it themselves, but I think they need to be aware that it really is a land of opportunity for them and they should seek out companies that are well-versed. A single project can have an incredible impact on a director’s visibility in the industry. It isn’t dissimilar to music videos in that you often have the ability to ideate content that reflects the sort of work you want to engender versus reacting to an existing brief.
And it’s the chance for a director who doesn’t necessarily have a reel consisting of a bunch of traditional 30-second spots to have the advantage from the longer form narrative piece they did. Rather than being seen as not having experience, often branded entertainment pieces are looking for a writer/director, or a person who has written a feature-length script or directed episodic television. So, what can at times be perceived as lack of experience in the traditional broadcast world actually becomes a sought-after toolset.

“The fact that there is an award show dedicated to bringing the best voices from around the world to the forefront – both for production companies to sign and agencies and clients to hire – is critical for the positive evolution of our industry.”

What will you be looking for when you’re sitting in Cannes going through the shortlisted work?

I’m such a broken record on this, but a unique point-of-view. Something that, whether you love it or hate it, it is so clearly the vision of one person. So often, young directors try to imitate what is out there, and the real greats instinctively are doing something that no one else is.
I am like a heat-seeking missile looking for the work that could only have been done by one person. Look at the greats; when you look at their bodies of work across their career, regardless of genre, you can still see their unique thumbprint on it all… even the early work. Spike Jonze [below], Michel Gondry, and of course I’ll say our own DANIELS and Melina Matsoukas – from their first pieces to their latest, it is unapologetically theirs.

Do you think the access to technology has made finding good, new directors more, or less difficult?

Both! It’s much easier than the old days when a director had a 3/4-inch reel of their three spec spots out of film school and you could only find them if they walked into your door.
You can find talent in so many places now as there are more portals to see the work. I think the democratisation of technology has made it much easier for us to find good new directors, but it has made the competition among them much stiffer. You no longer have excuses due to limitations of time, money, or machinery; look at the art Sean Baker has made on an iPhone? No excuses.

“Agencies and companies are eschewing the race to make a PSA right before Cannes to get some attention, and instead looking to make meaningful change as entities and individuals throughout the year.”

How important do you think the YDA is to the industry at large?

Very. I think it’s easy to get caught up with trying to win awards as a company on the main stage, in being honoured for the work we create that gets attention. But, as I said, if we don’t keep our eye on what’s next, we risk stagnating.
The development of new thoughts, minds, and voices, is as fundamental to the continuation of our field as it is any. This is a very American thing to say, but baseball hasn’t existed as a pastime for over 100 years because of All-Stars, it exists because there is a farm league that is putting the next great player into the game.
This year there is a new award honouring the production company that is developing the best new talent – and I hope that becomes the most sought-after award in Cannes. That those who are investing in the next generation are recognised for that – so that there are always new faces, new talents, making sure that the stories we are telling are as relevant and diverse as the world that hears them.

The YDA category, Changing the World Frame by Frame, aims to highlight work which concentrates on social good; how important do you think advertising’s role is in global social education?

I think it’s important always to take the best brains, those that know how to convince someone to buy something, and apply them to convincing people to do something. It makes all the sense in the world and it’s critical.

“We should be devoting more resources to global social education as we are the ones that are trained to convince the public at large to take action.”

Look at Saturday Morning as a collective doing just that, or look at the impact of Fearless Girl. We saw an ad agency create a monument that very likely our children will grow up visiting. This is what inspires me; the application of these great minds to great causes or messages. And I think it’s only just begun.
Agencies and companies are eschewing the race to make a PSA right before Cannes to get some attention, and instead looking to make meaningful change as entities and individuals throughout the year. And, very soon, I believe this will extend to all distribution mediums – from statues to series – we are an industry that understands how to take a concept and boil it down to something digestible and actionable, therefore we have a responsibility to apply that for the greater good.
We should be devoting more resources to global social education as we are the ones that are trained to convince the public at large to take action – and we should be doing that whether or not a brand is attached.

As in-house production evolves, do you think there are dangers by turning away from the more traditional production method?

I don’t know about dangers, but I do think the younger talent are most impacted by this model. They are the ones that will be more readily used by in-house systems to direct pieces as they will be unsigned or free agents. And many young directors will leap at the chance to be paid to do what they love. But my hope is as these in-house studios are developed, that in addition to building the stage, and hiring the staff producer, and creating the in-house post team, they will remember the role that EPs play at production companies and make sure they are equally as focused on talent development as procurement.
Most of my job is talent strategy – how to help them hone their skills, what jobs to take, what to say ‘no’ to in order not to be pigeonholed, what agencies to work with to broaden their relationships or work, and how to evolve as an artist. The variety of opportunities presented is important for this strategy and once it becomes a more homogenous set of opportunities, where the director is hired for a function and doesn’t have the chance to say ‘no’, the director runs the risk of stasis and, as a result, so will his or her work.
I’m not suggesting that the agencies that have in-house teams can’t do this, but they mustn’t undervalue that role and its importance to our industry at large.

What are you most looking forward to about chairing the YDA jury?

Watching the incredible, unique talent from across the globe while sitting in a room with colleagues from around the world who share the same ideals and goals in nurturing that talent. Being inspired by the affirmation that our quest for singularity is universal.
Click here to make an entry in YDA 2018