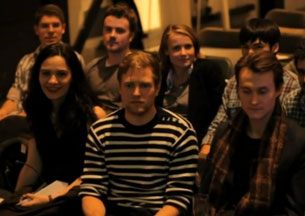 Some years are good, some years are not so hot, but this year was certainly up there as a cracking good year for student directing talent at the Porsche International Student Advertising Film Award held in Ludwigsburg, Germany.
Out of such a brilliant shortlist how do you choose a handful of winners? For the jury this year it was difficult. Agonizing even. As YDA’s president Francois Chilot who was also this year’s Porsche Award jury chairman said: “Absolutely everyone in this shortlist is a winner.”
Not only are all the shortlist films superbly executed but most of these student directors wrote their own idea / screenplay.

And the winners are: