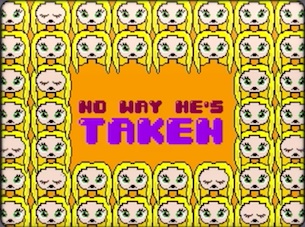 It’s hard getting a footing up the directing ladder but some are lucky and talented enough to be picked up by production companies straight after graduation. Sally McCormack, herself fresh out of journalism school, talks with one such young London-based director Sophia Ray

You are just beginning as a director at Nice & Polite. A quick potted history of your background which led you to this point please.

I studied design at Chelsea College Of Art And Design and dabbled in moving imagery during my studies which really fed my love for film. My final major project was an ad for Rough Trade Records – which made its way into the Creative Review Graduates Issue. Nice&Polite saw my work and it all went from there. Working in Nice&Polite’s design department has already taught me so much about film production. I still have loads to learn from them too! I’m only at the beginning which to me means a world of opportunities that are just waiting!

We particularly love the Lily Allen lyrics video. Please tell us about the creative process, how the concept evolved and what were the major challenges of the production?

That idea came about as the bitmap gameboy style really matched the sound of the track, so doing it as an animated video made sense for the idea. The creative process started off with pitching the gameboy idea to the client and then doing a bit of classic gameboy game research (always fun!). I illustrated each screen and worked with an animator making it come to life. We just wanted to inject Lily into the game and keep it quite simple, with the collecting of wine and cigarettes instead of coins, and having her eliminate other girls who are in the way of getting to her man. I just wanted it to be light hearted and quite funny like the tone of the song.

What drew you to directing?

I love storytelling, always have, and how film evokes moods and takes you somewhere else. Directing is giving me the opportunity to work with other creative people and the luxury of telling many stories in many different ways. All my favourite directors tell stories through moods, the way a film’s mood changes as the film progresses is really inspiring to me. I also am a big fan of comedy in film, and no matter what the budget is making people laugh is something everyone can relate to. Idea is key, everything else should come after.

Your portfolio has a variety of styles – animation, live action – what is your preferred medium?

I’ve loved animation since I was a kid and still love watching the same cartoons I did then. I learnt a lot about animation and illustration when I started out as it came hand in hand with my design background. However, I’d like to move more into doing live action, so the next stage for me is to concentrate on that.

What is the first thing you think of when approaching a project?

The idea stems from listening to the track to begin with to see the mood or feeling it gives me. The idea needs to make sense to the brief of course but once that is solid, all the other bits follow!

Do you like to collaborate with a team or prefer solo projects?

I love collaborating, I think it is really important, it’s key for bringing it together perfectly. It is good to be able to do a lot of things yourself and be self-sufficient of course! But collaboration means you can work with experts in each field to create something truly spectacular. At Nice&Polite we have started up our own collective which I run called Ampersand who create the lower budget projects as a collective rather than one person having ownership over an idea.

Who or what influences you when it comes to your work?

There are obviously the big directors whose films are a total inspiration to me, like Paul Thomas Anderson, Tarantino, Kubrick – directors whose stories are brilliant. Also younger directors like Megaforce whose ideas for music videos are really memorable and on point – the idea just carries the whole thing instead of it being style over substance.

I like to read a lot to just absorb how different stories are told. I read a book recently called ‘Into The Woods: How Stories Work And Why We Tell Them’ which was inspiring, it broke down story structures which was interesting, a good read!

What are the key lessons you’ve learnt about film making thus far?

Don’t be afraid to make what you want and find a way to do it yourself. People and money don’t just come to you, so work hard and do what you love. Give those people something to get excited about and then the rest will (hopefully!) fall into place.

I had a recent MTV VMA award win for the comic book themed video I directed for 5SOS which was a big achievement for me and the design department here at Nice&Polite. Check it out!