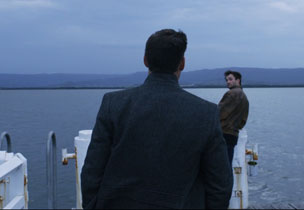 Matthew Thorne blew us away with his film, Where Do Lilacs Come From, which picked up the top prize in the Film School Asia Pacific category.  We find out what the Australian new director has been up to since his win.

What have been your highlights since winning at the YDA Show in Cannes last June?

It’s been a very busy six months – the highlight for me has definitely been directing the title sequence for a TV series, Gallipoli, here in Australia. From the little bit I’ve seen of it, I think it will be something really special and I’m very proud to have been involved. I’ve also had work nominated at the LA Music Video Festival, shortlisted for next year’s OneScreen Festival (The One Show) and I’m now working as an in-house commercial director with JWT Sydney.

I suppose the best film-making lesson I’ve learnt this year is to invest in the people around you. There’s a great documentary that came out this year – Judorowsky’s Dune – about his failed journey trying to make the film. It’s an amazing documentary – there’s a section where he talks about how making films has always been about finding his ‘holy warriors’ to go on the crusade with him. And I really agree with that. It’s a cumulative art form and the collaborators you surround yourself with are deeply important. I started making films almost entirely by myself, and this year has definitely been about learning – and being amazed by – how much the people you bring on the journey with you enrich the final product.

And the wisest quote about filmmaking?

I’m really not sure if I could pick one quote. I’ve been lucky enough to work with some amazing filmmakers that have given me some great advice and guidance. I think across all of that – the theme seems to be to just really make what you feel you need to make – and to make as much work as possible.

Your worst nightmare production story was?

Nothing particular comes to mind. Things will always go wrong, no matter how much you prepare. I just try to see these as opportunities for problem solving and creativity as much as possible.

What would your dream directing  job?

I think I would like to branch further out into the European commercial market either through representation with a local production company or direct.

Five of my favourite films from the last year: