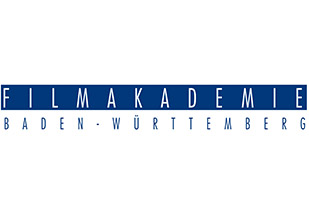 Meeting-up with Olivia Marten From the FilmAkademie Baden-Württemberg.

You’re from the famous filmmaker school, the FilmAkademie, what the YDA represent for you as a film schoolteacher?

The YDA is one of the most important advertising film festivals for our young talents. Compared to other german festivals it has an international claim and reputation and because the YDA is settled with the Cannes Lions festival it’s also important for our directors to visit Cannes and get connections to people all over in the world during that time period.

What kind of film do you expect this year from your students?

I think films with an emotional realization are very strong, for us at the film school and for the people outside. Films that catch the audience and that let them identify with the protagonist or let them think about relevant themes, also in the social field.

What do you think of our new category Changing the world Frame by Frame?

I think to install social platforms that bring people together is always a good idea. Especially for young directors it’s important to connect themselves with relevant future partners, either with people who use the contents of their films as a discussion platform and spread their works, either with people who gives impulses for new ideas or the coming-together result in working together with future projects.
First of all it’s important that the films of the young talents will be seen, distributed and to consider as good works. That out of this platform will come up new projects I think that is meaningful and awesome! Thus, I see the new category Changing the world Frame by Frame as a big chance for the upcoming talents!

It’s important to remain true to itself, especially in the advertising field where the director is driven and controlled by clients and agencies. We expect from our students not to swim with the main stream, rather try other formats with unusual and unseen storylines. Every director should have his or her own signature, and -if it’s clear from the circumstances- together with a strong team partner like a producer colleague they often have more chances on the free market.