Hanna Maria Heidrich: From Winning at the YDA to Scoring a Super Bowl Spot 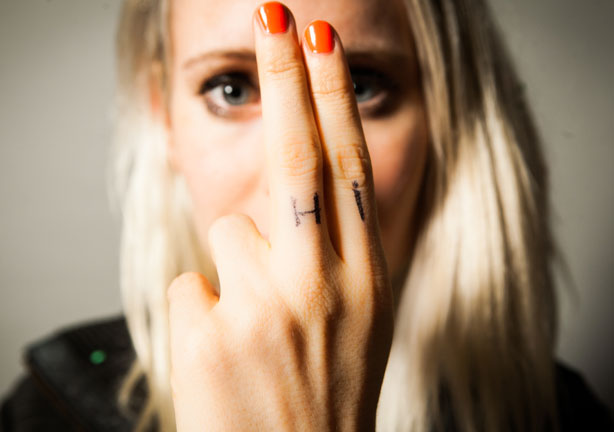 After picking up a slew of prizes at the YDA in 2011, this young director has gone on to shoot a series of brilliant, high-profile spots. She talks to us about her career and what it takes to make the grade.

You picked up a number of prizes at the YDA in 2011, not least the rarely awarded Special Jury Prize [for WWF We Miss You, below]; what do you remember most about that year’s ceremony and your success at it?

I was blown away by the response! I remember hearing my name when we received the first award that night. I went on stage with my team and I was thrilled about the recognition. Honestly, I couldn’t believe it when we received a second award for the film and you can imagine my utter surprise when I was called up again and we were also awarded with the Special Jury Prize. I think no one had ever received three awards before and I am sure everyone must have been bored by me and the film by the end of the ceremony.

“The celebrities all really got the bigger-than-life tone that I had in mind which made it a lot of fun to work with them! Besides, shooting with a Delorean was a childhood dream.”

How hopeful were you that We Miss You, might come out of the YDA 2011 with some form of recognition?

I somehow knew the film was special. But honestly, I couldn’t have dreamed of the form of recognition it received.
The campaign went on winning a lot of awards but what actually moved me were the comments people left on the project’s website. When I created the project I was a student living in a shitty apartment who had just lost someone who was really close me. I couldn’t believe that my approach to the theme of disconnection from nature resonated with other people all of the world and inspired some to shut off their computer and go outside again…

“And at the end of the day, focus on creating. You don’t need people to say ‘you can do it’ in order to do it.”

The best thing about the award is its international character. The international recogniton and the many contacts I made were invaluable. After finishing my studies it made my transition from filmschool to the real working world fairly easy.

Since 2011 you’ve gone on to bigger and bigger things and last year you helmed the Debenham’s Christmas campaign; can you tell us a little bit about that experience?

The idea to bring a modern fairy tale to life was exactly my cup of tea. I was hoping to take the audience away from their daily hustle (at least for 90 seconds!) into this dreamy cinematic universe. The creative director [Andy Smith] and the agency [JWT London] were very trustful in the process which allowed me to add ideas to the script to make the most out of our heroine’s journey.
Of course, I wanted to throw in some subtle nods to the classic Cinderella story but I also looked with my designer Marketa Korinkova at Hitchcock’s striking technicolor look in Vertigo, as well as Funny Face, The Umbrellas of Cherbourg or the amazing Singing in the Rain, all films that also inspired La La Land. To create our own fairy tale language I strongly focused on the colour code of our world and carefully chose the colours of the location, the key props, the wardrobe and light for each scene (I can be quite a nerd when it comes to this topic).

“Don’t try to imitate a style that already exists but focus on creating something original.”

Earlier this year you were the director behind Pepsi’s epic, era-spanning Super Bowl campaign; was a Super Bowl spot always a goal for you and how was it working with such iconic commercial property as the Pepsi back catalogue, not least Cindy Crawford?

Well, a Super Bowl spot wasn’t my direct goal. It’s my goal to get better and better and to work my way to the top so I get the opportunity to look at the most creative scripts. Of course, Super Bowl has a massive exposure which helps that more creatives become aware of your skills
Working on Pepsi was great fun because of its playful character. I really focused on creating a sharp rythm and strong flow for the campaign and to add small surprises whenever I could. The celebrities all really got the bigger-than-life tone that I had in mind which made it a lot of fun to work with them! Besides, shooting with a Delorean was a childhood dream.

“Having a platform like YDA, that curates content and selects talent, is not only helpful for the winners to get noticed but also for the busy industry to know where to look at.”

Above: Heidrich on the set of her Pepsi Super Bowl spot.

We are quite overloaded with information so you need to create something really original to grab everyone’s attention. But if you manage that, it’s much easier to show your work to the whole world through social media now!

They are super important because they put a mark on someone saying: ‘Keep an eye on her/him!’ Having a platform like YDA, that curates content and selects talent, is not only helpful for the winners to get noticed but also for the busy industry to know where to look at.

Don’t try to imitate a style that already exists but focus on creating something original. This can be a unique form of humour, a different storytelling perspective, the integration of a new technique or just a surprising way to move people through emotions. Everyone is always looking for something ‘new’, so this can be one way to get seen and to have fun at the same time.
I also really believe in skills and how important it is to be an expert in your trade. I am constantely focusing on learning and to get better with every project. Reading about new technical opportunities and how to be better and faster in my communication with actors is one way to start. And at the end of the day, focus on creating. You don’t need people to say “you can do it” in order to do it.
Don’t wait for permission or someone giving you a chance to do something great. Work on your own projects, get better until there is no way around you!

I just finished a campaign for Vodafone UK [below] and I took three weeks off now to work on a feature film script before jumping back into the pitching ring next week. 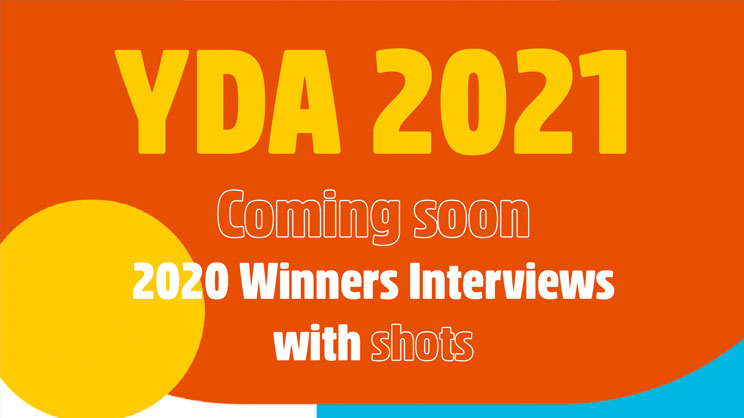