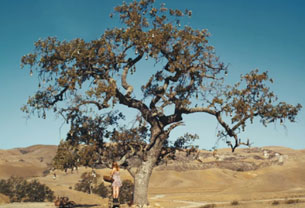 Armen Perian was born & raised in Los Angeles. After the obligatory youthful aspirations of becoming a rockstar & a pro athlete (simultaneously), his interest in filmmaking started in high school when he would sneak into the darkroom during off hours to develop his black & white film. After graduating, he turned his attention to storytelling with moving images, enrolling at Art Center College of Design.

His influences include existential literature, narrative video games, jazz music (Armen has been a student of the Pasadena Conservatory of Music for 7 years), and the internet – with which he does not recall a time without.

When he’s not directing alpacas or unicorns, Armen enjoys simple pleasures such as making his own espresso, staying up in the middle of the night to watch European soccer, and serenading friends & strangers alike with his Spanish guitar. Armen’s aesthetic is shaped by his desire to show humor in the absurdity of the human condition.