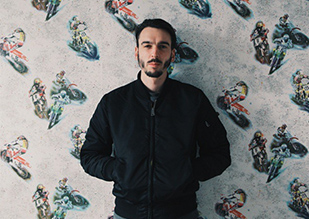 Nicolas Davenel won a Silver Screen with his film Nike – Ice Kings in the Broadcast video category. We catch up with this talented director about his work…

It’s been almost 1 year since you won the Silver Screen 2015 YDA, can you tell us more about this Nike film: Ice Kings?

Nicolas Davenel: It was a Nike Football Russia project that I directed with Iconoclast UK.

The protagonists were kids who came to a Nike football tournament and I did my casting on site. I followed the matches, the winners, I met different teams and tried to see the cinematic potential of these young people. I wanted to find some good energy in their team, something real, an energy that can work with the image. Some of these guys were born actors !

What have you been up to since your award?

ND: After making this film I moved from Standard to Iconoclast in France. I saw this as a huge vote of confidence on their behalf.

Recently, I made a video for the musician KCPK, while co-directing a short film with another director from another production company. The project is finished, but we can not watch it yet. We’re keeping it to show at several European film festivals.

And  I just finished working on a project for a digital ad – but I can not talk about it.  It is currently being edited .

Can you tell us more about your background?

ND: I have had a fairly straight forward career so far. I studied film editing and graphic design. For 3/4 years I edited a lot of clips and ads. Then one day I said to myself I want to direct my own film. As it stands today, I have made about thirty clips and 4 commercial projects.

Who are your artistic influences?

ND: I find Daniel Wolfe’s work very inspiring. Especially his video clips. A strong fictional factor – with a well defined style which he manages to expertly inject into advertising.

The YDA has launched a new category, Changing The World Frame By Frame. Are you interested in making a documentary?

ND: I tried to make an documentary some years ago but I think I was not ready yet. It was a project on Moped Gangs in the USA and I wanted to call it, LIVE FAST RIDE SLOW. I followed them and brought back images to finance the project. I continued working on clips and somehow I lost track of this project. But I would like to try again and really make a documentary this time. I have some ideas in mind. Like for example, with one of the guys I met while shooting the short film.

Right now everyone’s talking a lot about VR technology. What is your point of view?

ND: Like all new technologies it brings opportunities in terms of story telling. But never forget the story is still the most important element. New technology has to work for the story and not the contrary.

Any advice for future YDA participants ?

ND: A film project is an opportunity for something that should resemble you. With the Nike movie I could have just done what the agency or the client wanted. To make a good film I knew I had to push the limits and go further.